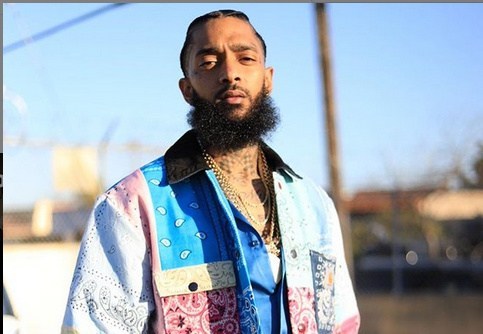 When the news broke of a shooting involving Nipsey Hussle, my mind did not allow me to think he was one of the victims. When I learned that he was indeed injured, I once again did not think of death. I figured I would go online later that evening and see he was recovering and all would be well in the end. As more tweets started rolling in saying he had passed, I shook my head and waited for a trusted source. After all, Twitter loves jumping to conclusions. Shortly after, I had mentions from a few of my Followers that NBC had broken the tragic news. He was dead at age 33. I was flabbergasted. “We’ve really lost another one?” was my first thought. People die everyday, we all know this, yet for some reason, the news of his death started to hang over me like a dark cloud. My spirit felt unsettled, and this confused me. I didn’t know this man. I was a casual fan, at best, so why was this bothering me so? It finally dawned on me that this tragedy is bigger than music. Yes, he was a musician, but he was so much more in addition: a father, a friend, a teacher, an entrepreneur and investor in his community. Nipsey Hussle used his platform to inspire and educate, yet he also walked the talk. People who are actually about that action seem few and far between these days. So many of us are content spewing our grandiose ideas of how we would change things in our environment or what others need to be doing to elicit change, yet Nipsey actually put his words into play. He was not content living in a community policed and owned by no one who actually inhabited the neighborhood, so what was his solution? Let’s buy these unwanted pieces of real estate and put our money back into OUR communities. Nipsey often spoke of how depreciating assets such as cars and jewelry are desirable but unimportant, and true value lies in investments in yourself and others, perseverance and a mindset of growth and abundance. A man of positivity was taken from us. A man who delivered a message that many Black youth in American could relate to was taken from us. Whether you believe the Dr. Sebi based conspiracies, want to blame “Black on Black” crime or gang violence, at the end of the day, we’ve lost another one. When will it stop? 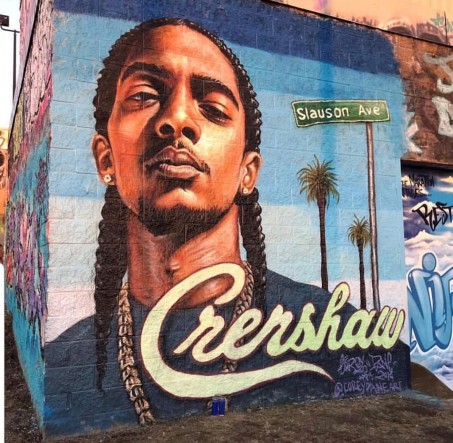 It is my belief that Black Americans are desperate for leadership. Yes, we have come a long way from segregation, but we still have a marathon to go when it comes to breaking down past and current barriers that prevent us from being on equal footing with White America. I am not sure if Nipsey Hussle ever deemed himself a leader or activist, but his message and community works were an important factor in our advancement. Black owned businesses are too few in this country, and through his Our Opportunity initiative, he endeavored to partner with other Black community leaders in different cities to create businesses that would be of service to the Black residents instead of forcing them out. This is when I begin to feel angry all over again. Our progress as a people moves so slowly because whenever someone steps up to the plate, senseless violence silences them. Here is a man who made it out, but who remained dedicated to uplifting those around him, a man who refused to forget about the little guy. Nipsey never made it to the meeting with the LAPD to discuss solutions to gang violence, and his other community based projects such as Destination Crenshaw are now hanging in the balance.

Despite his past of gang affiliations and activity, it would be an injustice to his legacy to deny the impact Nipsey Hussle left on his community and Black America in general. We need our Black fathers, husbands, and brothers, and everyday we lose too many to violence or the penal system. How many Black men committed to promoting change in their communities die everyday that we hear nothing about? The media sweeps it under the rug because it does not further their narrative that Black men are dangerous and to be feared. A son and daughter are now fatherless because someone driven by hate decided to play God one Sunday afternoon. As a Black woman, I am weary. These types of deaths are starting to feel too familiar. From Malcolm X and Dr. King, to Tupac, to the tragic killings of people I have known personally, I am tired of adding to the list. What is the solution? We cannot eradicate hate out of people’s hearts, we can’t eradicate weapons, and the American prison system is the most pathetic form of “rehabilitation” in history. How do we protect our Black men from society, and how do we protect them from US? At times, we are our own worst enemy. We cannot use the excuse that Eric Holder (the alleged shooter) is a product of his environment when his victim was raised in the same community, yet chose to elevate beyond a lifestyle of violence and discord. Nipsey’s death hit home for so many of us, and I took it personally. It is our responsibility to live out his vision, no matter how big or small your platform. Be a forward thinker, invest in your community and uplift those around you. We can’t let his death be in vain.